Assignment One: Where Am I Now?﻿ 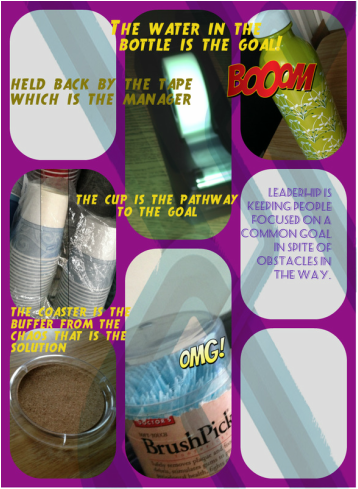 ﻿I have two short-term goals, and two long-term goals.
One of my short-term goals deals with equity in teacher commitments. By this, I mean how some teachers game the system to do as little as they can outside the classroom, whereas others are on committees, serve as teacher-leaders and head other in-school organizations. I would like to see more teachers volunteer more so that the few that are tasked to do more don’t have to do as much. I would like to talk to the administration about this and see if there is some way we could begin to institute some sort of culture of volunteerism, where the unpaid time is more shared by all.
The second short-term goal arose only recently. I have two inclusion classes, and I noticed that the two co-teachers in the classes have vastly different styles of implementing, and definitions of, accommodations on IEPs. I would like to sit down with the administration and some math and special education teachers to solidify what each accommodation specifically means and what it looks like so that there is consistency amongst instructors and vertically or horizontally in the math department. For example, when a student’s IEP says she gets 50% extra time, that extra time looks the same regardless of the class she is taking or the year she is in school.
My first long-term goal is an extension of my first short term goal (equity in commitments), since I’m sure that a simple meeting will not immediately accomplish what I hope to. I would need to speak out more, and perhaps discuss with fellow teachers what their feelings are and engage them more as decision makers. This long term goal could involve me, much to my chagrin, joining YET ANOTHER committee to help transform our culture from the inside.
My second long-term goal would be to continue my work on getting students to persevere in problem solving. I feel like I’ve begun something, but haven’t even started to complete it. That’s why over the summer, I’d like to better formulate a structure for improving perseverance, with pre-assessments, post-assessments and milestones along the way. That way, when I come back to school in the fall, I can start from day one. I’d also like to involve even more teachers in my department in brainstorming ideas and implementing this type of thinking in their classrooms.